I was with a friend, Isabella Cooper, recently when she was testing her blood glucose and ketone levels with a (finger prick) monitor. She eats one ketogenic meal a day and maintains therapeutic levels of ketosis. In brief, nutritional ketosis will register ketones in the (blood BHB – beta-hydroxybutryrate) range of 0.5-3.0 mmol/L (Ref 1). Therapeutic levels of ketosis are usually indicated by the ratio of glucose to ketones of 2 or lower. Isabella’s monitor measures glucose and ketones. Typically, glucose for someone very low carb will be in the 4-5 mmol/L range. If at the lower end of that range, when ketones are above 2 mmol/L, therapeutic levels of ketosis have been reached. Again, in brief, nutritional ketosis tells us about fuel utilisation. Therapeutic ketosis is being studied by scientists such as Isabella for its potential benefit for metabolic disease, cancer and other health matters, as well as for hormones such as Insulin-like growth factor 1 (IGF-1) (Ref 2).

Isabella tested me and I was surprised to find that my ketone levels were in the nutritional ketosis range (0.8 mmol/L). I had never thought of myself as being in ketosis, as I don’t count carbs and am quite high in carbs relative to the keto community. I estimate that I am usually in the low carb high fat range (defined by Noakes/Windt as up to 130g carb/day), as opposed to the very LCHF range, which they define as 20-50g of carbohydrate per day (Ref 3). I was tested at about 5pm, before an evening meal. I had had a large orange, berries, yoghurt, milk and chocolate mousse for breakfast, and scrambled eggs and butter for lunch during that day.

Isabella typically has ketone levels above 2.0 mmol/L. Recently she stopped eating even vegetables for a week and shared her ketone reading – 3.4 mmol/L. She noted she is always fascinated to see the impact on ketone levels when dropping even the few non-starchy vegetables that she consumes.

When will public health authorities realise the inconsistency in their sugar advice?

Did a low fat diet beat a low carb diet for fat loss? 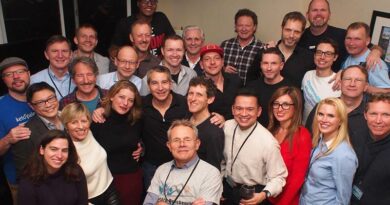