* This week's note asks the question should low carb be high fat or high protein?

* Protein tends to be a fairly constant 15% of natural diets. If fat is restricted, carbohydrate increases as a proportion of the diet and vice versa.

* In his 2008 book "Trick and Treat", Dr Barry groves included a chapter entitled “Why low-carb diets must be high-fat, not high-protein.”

* Dr Ted Naiman presents the modern case for high protein – Drs Michael and Mary Eades and Dr Pierre Dukan have presented it previously. This note goes through Ted's book "The P:E Diet" and presents some of his key concepts.

A couple of weeks ago, I spotted two tweets from Andreas Eenfeldt, founder and CEO of the Keto diet site Diet Doctor. The tweets said (Ref 1):

Do high protein diets increase the risk of weight gain? or death?! 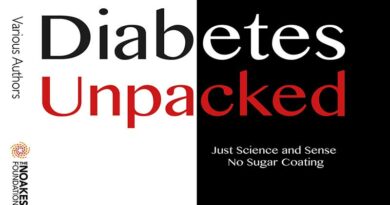 What do you think of My Big Fat Diet Show?