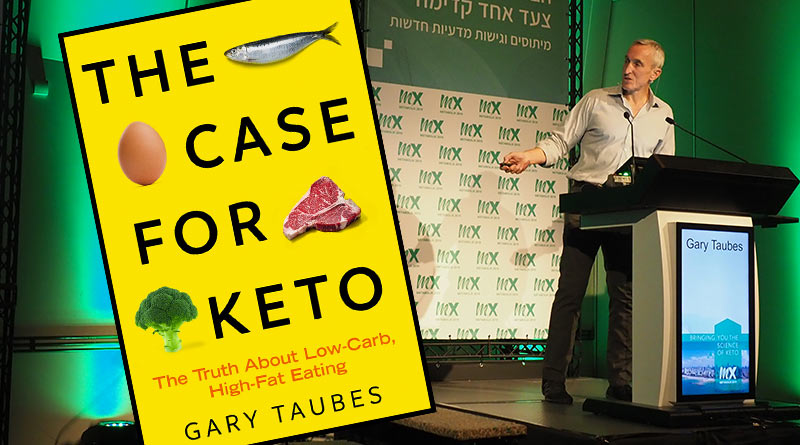 This week’s note is about a book. It’s the latest book from Gary Taubes – due to be published on December 29th in the US and on January 7th in the UK. I am fortunate to have received an advance copy and so I’ll share some thoughts and extracts without giving too much away.

I need to declare bias up front. I am a huge fan of Gary. I love how he thinks, and I love how he writes. I’ve seen him present many times and almost every sentence could be tweeted as a stand-alone quotation. On the other hand, I’m not the biggest fan of keto. I think that it is a powerful tool when used in the right way by those who need it. I think it’s often misunderstood, and I think the high fat has been embraced more than the low carb by some people to the detriment of their health and weight goals. I think that many? most? people don’t need to go that far, and it then leaves nowhere left to go. Or rather, it leaves carnivore, which an increasing number of people who have tried keto are turning to.

With this in mind, let’s take a look at The Case For Keto. I’ve included page numbers in case you want to see more on a particular point if/when you get the book, which I obviously think everyone should ;-)

"This book is a work of journalism masquerading as a self-help book." (p3)

The introduction is so compelling. It comes very much from a practitioner angle – recounting the advice that doctors had been giving their patients (low fat high carb) despite seeing so much evidence that it wasn't working. It took a few doctors to realise this – and for many it was a personal revelation. When they realised that official diet advice didn't work for them, they started to question why it would work for their patients. And so, the movement grew, and the introduction captured some really uplifting stories of success. I messaged Eric Westman after reading the introduction and said I'd just read a eulogy to him! Eric really does get the credit he deserves for being the forefather of this present era of low carb high fat (LCHF) (and Eric in turn credits Banting, Pennington, and Atkins – his forerunners).

Does the 5:2 diet cut the risk of heart disease?

What people really eat in the Mediterranean

The Case Against Sugar