* The study was conducted on 16,737 participants from two regions of China. It dated back to a Food Frequency Questionnaire completed in 1993-1998. The food intakes at this time were then tested for associations with a cognitive ability test performed in 2014-2016.

* Nut consumption overall was tiny. The lowest group averaged a quarter of a gram a day. The highest intake group barely averaged one cashew nut a day.

* There were many differences between the people in the lowest and highest nut intake groups. They were different people in essence. These factors were adjusted for, but a whole person can't be adjusted for. The study additionally adjusted for unsaturated fat intake and the nut finding then ceased to be significant. This was reported in the paper abstract. The nut claim should not have been made, therefore.

* Even if the nut claim had survived adjusting for another dietary factor (unsaturated fat), this would still have been association, not causation. The absolute differences in performance on the test were tiny and there were other issues with this study.

* The supplementary material showed which characteristics individually made a difference. Being diagnosed with cognitive impairment was more likely in older people (no surprise), in women, in those with secondary education, in those with obesity and diabetes, and in those who had had a stroke. Some of these were unsurprising; the others I have explained.

* This paper is asking us to believe that differences in cognitive ability in a test are due to the person’s nut intake, recalled on a food frequency questionnaire, 16-23 years earlier. Oh, and when unsaturated fat was adjusted for, we’re not even being asked to believe that.

I saw a couple of people in the low carb world tweet about this week’s study. It was published on December 18th, 2020 in the journal Age and Ageing and it was called “Consumption of dietary nuts in midlife and risk of cognitive impairment in late-life: the Singapore Chinese Health Study” (Ref 1).

The study is one of those nutritional epidemiology studies with which we're familiar. The study also emanates from a well-established population study, which we're used to seeing. Large scale new population studies are rare. Most papers like this one are just re-examinations of data from long standing studies.

This paper uses the Singapore Chinese Health study data. Data from 16,737 participants were analysed. Participants came from two major Chinese dialect groups – the Hokkiens and the Cantonese – who originally came from Fujian and Guangdong provinces in China, respectively.

This population study goes back a long way. A food frequency questionnaire (FFQ) was completed at baseline, which was between 1993-1998. At that time, participants were, on average 53.5 years old (age range at recruitment was 45-74). Women accounted for 59% of participants. Cognitive function was tested using the Singapore Modified Mini-Mental State Examination (SM-MMSE). This was conducted during the third follow-up visit (2014–2016), when participants were 61–96 years old (mean age=73.2 years).

Dietary intake was assessed using a 165-item FFQ at baseline. The paper noted that one of the limitations of the study was “the consumption of nuts was only assessed once at baseline and time-varying changes during the follow-up could not be measured.” This means that cognitive ability in 2014-2016 was evaluated for its association with recalled nut intake in 1993-1998. (You may like to read that sentence again). Nut intake included "combination of peanuts and tree nuts as a single item from 16 mixed food dishes in the FFQ and did not distinguish by types of nuts." Peanuts are legumes, but they were included in the definition of nuts. A serving was defined as 1-ounce (28g).

Overcoming plateaus: Can we use carbs to burn fat? 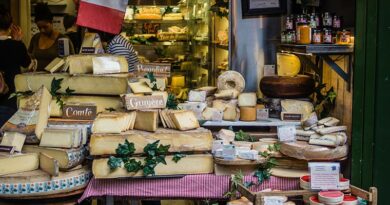 Dairy – to eat it or not to eat it, that’s the question

Carbs; How low should you go?