Many thanks to Pam Brown, a GP from Swansea, for the topic for this week’s note. Pam had been reading about the concept of a weight set point and came across a recent output from a workshop on the subject. On March 23rd, 2021, a report was published called “Physiology of the Weight‐Reduced State: A Report from a National Institute of Diabetes and Digestive and Kidney Diseases Workshop” (Ref 1).

Some of the suggestions for Monday notes could easily be PhD topics and this is one of them. Is there a weight set point? What’s the evidence for? Against? Discuss… However, sometimes a part of a huge topic can be explored in a week rather than over three years and Pam’s helpful lead enables us to do this.

The concept of a weight set point is as follows. “The amount of fat in the body, also known as total body adiposity, is a major component of body weight. Although it may go up and down from time to time, the amount of body fat (and hence body weight) most people carry is relatively stable and appears to be controlled or maintained at a level that is sometimes called a ‘set point’” (Ref 2). The weight set point theory suggests that people are likely to return to their set point if they gain weight. However, they are also likely to return to their set point if they lose weight.

In his books and lectures, Gary Taubes expresses surprise that people aren’t continually changing weight. If the calorie theory were true (which it isn’t) then an extra tablespoon of porridge daily (say 20 calories) could lead to a 20lb gain over 10 years (approximately 2lb a year from 20 calories a day). But this doesn’t happen. Many people remain remarkably constant in weight. Does this lend support to the idea of a weight set point?

As presented in this post (Ref 3), one of my favourite academic papers was published in 2007, by Dr Marion Franz et al. It was called “Weight-loss outcomes: a systematic review and meta-analysis of weight-loss clinical trials with a minimum 1-year follow-up” (Ref 4). I had realised many years earlier that calorie deficit dieting didn’t work long term, but this study summarised the evidence.

When will public health authorities realise the inconsistency in their sugar advice? 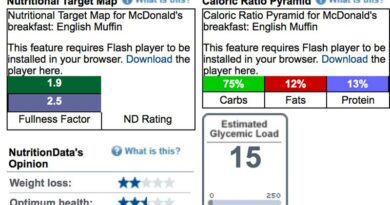 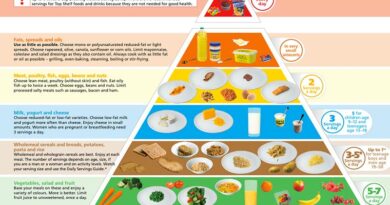 The Irish Food Pyramid – a recipe for diabesity