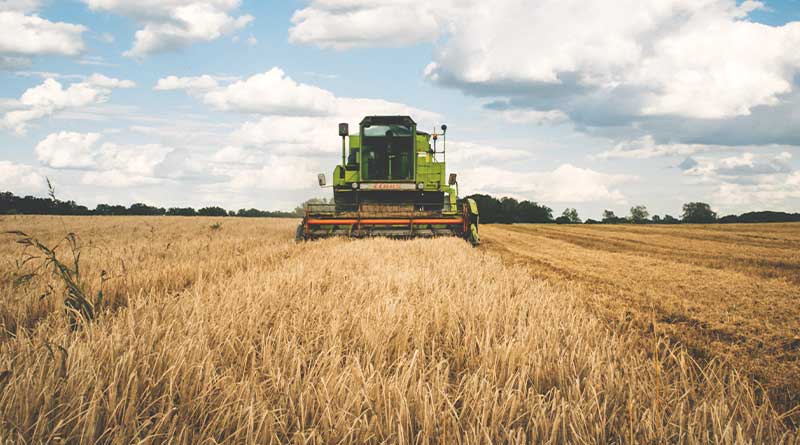 Why is wheat so bad?

Foreword – please note that there are a couple of technical terms in this. Some I had not heard of before. Please don’t be put off by any of them. You don’t need to know what “amylopectin” is – you just need to know that it is one of the two main starches found in wheat – and then to remember that dieticians tell you to base your meals on starchy foods! Please also note that I have not put in the full references in what follows. I have put "Chapter 2 ref 3", which refers to the reference chapter and number from the book "Wheat Belly". If any of you want a full reference please just write in the comments below and I'll track it down and write it out for you. In the latest edition of “Stop Counting Calories & Start Losing Weight” I added some “reflections on Phase 2”, which included the following words: “Wheat would be my first suspect. I have yet to meet someone who does not feel better and lose weight faster staying off wheat until at least close to their goal weight.” I don’t know how else to put this – I really have yet to meet that single person who does not feel better and lose weight faster staying off wheat. I bet you have found the same – when you stay off wheat, you feel better, you’ve got more likelihood of losing weight and you don’t crave more wheat. When you eat wheat, you may get away with it on the odd occasion. More likely you suffer bloating, water retention, muscle aches and digestive reactions quite quickly. The “wheat issue” has been one of the most powerful and consistent observations since writing The Harcombe Diet. I knew that, in Australia, the most common Food Intolerances are to milk and wheat. Dr. Brostoff, one of the leading Food Intolerance specialists in the UK, lists the most common foods causing intolerance in the UK also as milk and wheat. So, I knew that food intolerance alone was a reason for seeing problems with wheat so frequently. However, I didn’t understand the full extent of why wheat particularly is so bad for humans until I read Dr William Davis’s new book “Wheat Belly”. It is due to be released in the UK in late October, so I got a US copy shipped over and went through it for this article. Here are eight key reasons, beautifully explained by Dr Davis, as to why wheat is the unique problem that it so clearly is. We just need to start off with a bit of history and nutrition first... Introduction – a brief history of wheat (All direct quotes are verbatim extracts from the book). “Wheat is, by a long stretch, among the most consumed grains on earth, constituting 20 percent of all calories consumed.” Dr William Davis “Wheat evolved to only a modest degree over the centuries, but it has changed dramatically in the past fifty years under the influence of agricultural scientists.”.... “Most of all genetic changes have been induced to increase yield per acre.” Dr Davis gives a fuller history of wheat in his Chapter 2 “The creation of modern wheat”. Einkorn is described as “the ancestor of modern wheat”. Around 8,500 BC, this einkorn wheat was ground by hand and eaten as porridge. “The modern concept of bread leavened by yeast would not come along for several thousand years.” Over most of the 10,000 years of wheat consumption, what started out as Einkorn, then Emmer and then Triticum Aestivum, changed gradually and very little. The wheat of the first half of the twentieth century was essentially the same as the wheat of the seventeenth century. Wheat stems were four-foot-tall – a visual feature of the countryside. It was the latter part of the twentieth century, as was the case with so much in the ‘food’ supply, that wheat undertook a transformation. The drive to increase yields, reduce costs and supply a consistent commodity have led to the wheat of today bearing virtually no resemblance to the ‘give us our daily bread’ of ancient times. This has all been done with little or no concern for human health and, accordingly, little or no clinical testing. “Small changes in wheat protein structure can spell the difference between a devastating immune response to wheat protein vs. no immune response at all.” Genetics of wheat Einkorn, the first wheat as mentioned above, has the simplest genetic code of wheat, containing 14 chromosomes. The Emmer variety of wheat was the natural offspring of Einkorn and a wild grass (goat grass). Goat grass added its genetic code to that of Einkorn resulting in the more complex 28 chromosome Emmer wheat. Plants, such as wheat, have the ability to retain the sum of the genes of their ‘parents’. Unlike humans, where 46 chromosomes meet 46 chromosomes and result in another 46 chromosome person, wheat can add the two separate chromosomes together (if this happened in humans, we could have 92 chromosomes at the first mutation!)

How Kellogg’s manipulated mums to get near their children

Is brown bread better than white?