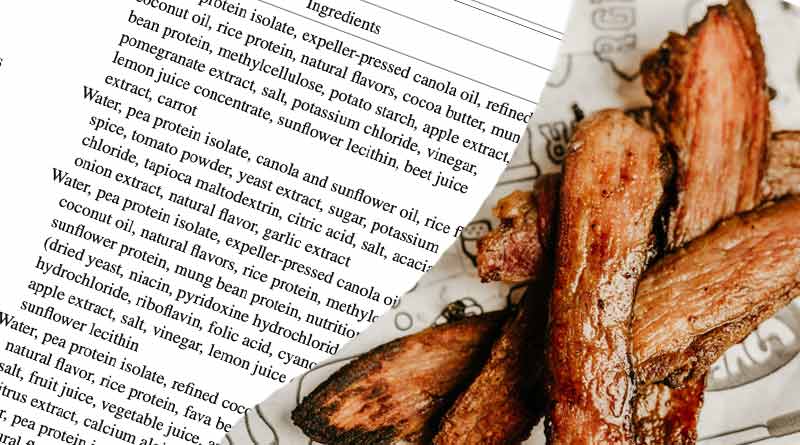 I spotted this week’s story on twitter in Dr Christopher Gardner’s timeline. I had some communications with Dr Gardner in February 2018 about his low carb vs low fat study (Ref 1). Gardner himself is a “longtime vegetarian” (Ref 2). Gardner is the senior author on a paper that has just been published in the American Journal of Clinical Nutrition (Ref 3). He tweeted a summary of the findings as follows:

The conflicts are important to note up front. In what follows, CDG is Chris D. Gardner: “CDG received funding for the study from Beyond Meat in the form of an unrestricted research gift made to Stanford University.”

Gardner also asked in a tweet “can we get some love for the study name/acronym? Study With Appetizing Plantfood – Meat Eating Alternative Trial SWAP-MEAT” (Ref 5). So, a study funded by meat alternatives was entitled SWAP-MEAT (for alternatives). I detect confirmation bias.

The aim of the study was to compare the effect of consuming plant-based ‘meat’, as opposed to animal meat. The study involved 36 participants, of whom 67% were female and 69% Caucasian. The average age was 50 and the average BMI was 28. The participants were randomised to either the plant or animal intervention for the first phase. They were instructed to consume ≥2 servings per day of plant-based ‘meat’ or animal meat for 8 weeks and then to swap over to the other intervention. They were supposed to keep all other foods and drinks as similar as possible between the two phases. This was a crossover trial, therefore. There was no washout period – the participants started the other intervention as soon as they had finished the first (this may have been important – we’ll come back to this).

Soy fertility and the menopause

Can we use mascarpone cheese?