In July 2019, the Monday note covered a paper written by a number of academics, which argued that it was time to rethink saturated fat (Ref 1). One of the authors was Professor Dariush Mozaffarian from the Friedman School of Nutrition Science. This week’s note reviews a paper written by Mozaffarian alone (Ref 2). It is called “Dairy Foods, Obesity, and Metabolic Health: The Role of the Food Matrix Compared with Single Nutrients.”

Mozaffarian was one of the speakers at Low Carb Denver. He spoke there about the fact that we eat food and not just the component parts of food and so, for example, demonising saturated fat may not be helpful when that saturated fat comes in healthy food. The July 2019 review of saturated fat reiterated this point and Mozaffarian has returned to it again in this review of dairy.

We need to note up front that the article was from a supplement sponsored by Danone (a company that manufacturers dairy products, especially yoghurt, among other products) and that Mozaffarian declared Danone conflicts in the July paper, but not in this review. Notwithstanding these conflicts, this is a useful review of dairy and evidence related to this substance. Mozaffarian is also right to be focusing on food and not just what is in that food – this has been the real food movement approach for many years.

Mozaffarian examined the arguments that have prevailed against dairy for many years and assessed whether or not they still have merit. He covered the following areas: 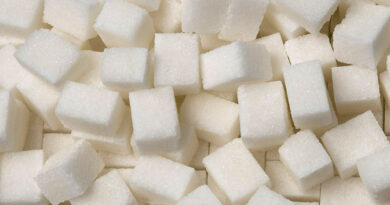 Carbohydrates, sugars and those clever infographics