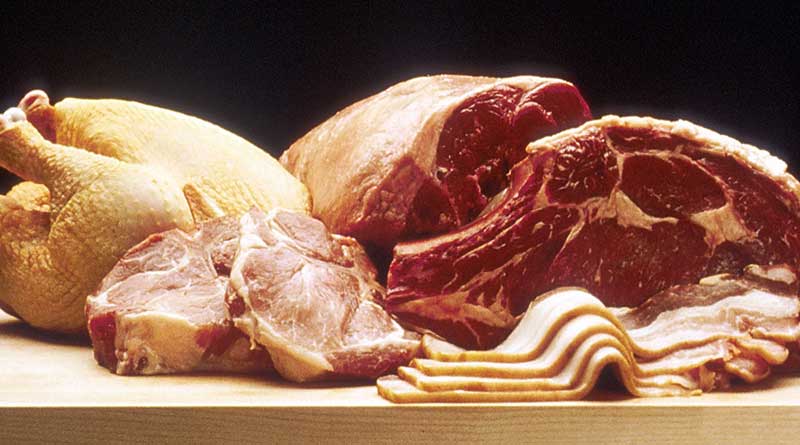 I spotted this week’s story on twitter. A couple of plant-diet advocates were tweeting that white meat is as bad as red meat for cholesterol. The NBC headline was “When it comes to cholesterol, is chicken as bad as red meat?” (Ref 1). The story was covered more in the US than elsewhere, but then it was a US study.

The news coverage was generated by an article in the American Journal of Clinical Nutrition (AJCN). It was called “Effects of red meat, white meat, and nonmeat protein sources on atherogenic lipoprotein measures in the context of low compared with high saturated fat intake: a randomized controlled trial” and it’s on open view (Ref 2). The senior author was Professor Ronald Krauss.

When I had the privilege of being on one of the SwissRe/BMJ panels in Zurich in June 2018, we were asked to open with a couple of minutes about evidence that we trusted. I shared that randomised controlled trials (and meta-analyses thereof) are the gold standard for evidence, but that these are impossible in the field of nutrition. This is because it is impossible to change one thing alone. The trial with the least change would be one involving different oils. In an ‘oil-only’ trial, macronutrients (fat, carb and protein) could be kept identical in the intervention and control. However, even changing one oil for another would change all three fats (saturated, monounsaturated and polyunsaturated) and fat-soluble vitamins (there are no water-soluble vitamins or minerals of any consequence in oils) and thus how would we know what made any difference?

This week’s note will show why randomised controlled trials (RCT) in nutrition are fundamentally flawed. It will also show that this study had an additional flaw, which should have been obvious from the outset. Finally, it will show that – as usual – the headlines and study conclusions were misleading. Neither red, nor white, meat had any effect on cholesterol in this study. Non-meat did, but there’s an easy explanation for this…

‘Fitbits’ won’t make you slim, but nor will low-cal diets

Five a day: The truth