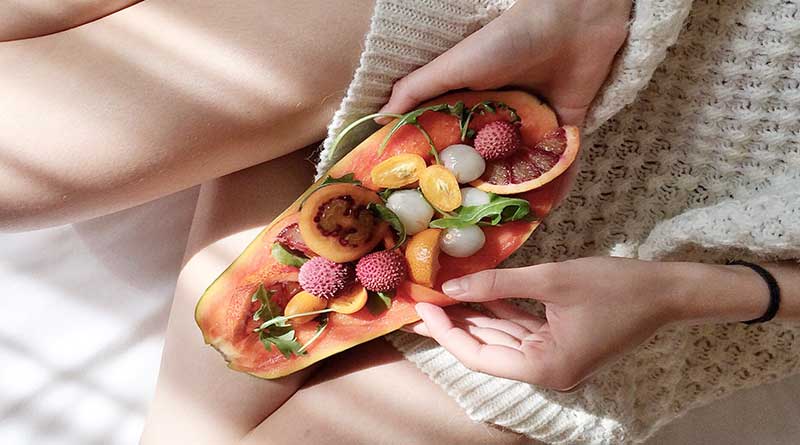 I had just arrived in south west Scotland, for an ethical farming conference, when a couple of emails arrived. “Brian” and “Simon” asked if I had seen a study that was getting some media attention. The UK Telegraph reckoned that a “Low-fat diet including one piece of fruit a day could cut risk of death from breast cancer by a fifth” (Ref 1). US Today was similar: “Low-fat diet with more fruits and vegetables may decrease risk of dying from breast cancer” (Ref 2). Both example newspaper articles quoted two numbers: that the risk of death from any cause was 15% lower and that the chance of death from breast cancer fell by 21%. The first claim was untrue and the second was not worth calculating, as we will see…

I looked for the paper from which the headlines came and found that there wasn’t one. The headlines came instead from a press conference, which was held on 15th May, ahead of a presentation that is due to be made on 2nd June at the American Society of Clinical Oncology (ASCO) annual meeting. I did find the abstract prepared for the ASCO meeting, which can be seen here (Ref 3).

The lead investigator, Dr Rowan Chlebowski from Harbor-UCLA Medical Center in California, was quoted as saying: “Ours is the first randomized, controlled trial to prove that a healthy diet can reduce the risk of death from breast cancer. The balanced diet we designed is one of moderation, and after nearly 20 years of follow-up, the health benefits are still accruing” (Ref 4).

The Randomised Controlled Trial (RCT) in question was the Women’s Health Initiative. The research team had looked back at this study to claim that it showed that the low-fat diet intervention significantly lowered the risk of dying from breast cancer in postmenopausal women. We should note up front that there was no difference observed in the risk of being diagnosed with breast cancer. We should also note that “significantly” means statistical significance, not necessarily a large difference.

Let’s remind ourselves of what the Women’s Health Initiative (WHI) was all about. There were four aspects to the WHI. It examined: a low-fat diet; calcium-vitamin supplementation; estrogen; and progestin therapy (Ref 5). The low-fat diet is the aspect of the WHI that is relevant to the headlines on May 16th and so we will focus on that alone.

The WHI was one of the key dietary fat intervention trials that I reviewed for my PhD. Below is the summary of: the women involved; the dietary intervention; the results; and the limitations of the study.

Is exercise effective for weight loss?