We’re doing a classic article this week – the Minnesota Starvation Experiment. I always think I should put ‘starvation’ in inverted commas, as it really wasn’t that bad. The article is a true classic and a good one to remember as Ancel Keys is much attacked for his work on dietary fat and we should not forget the quite brilliant study that he did towards the end of World War II...

The bombing of Pearl Harbour brought the Americans into World War II on 8 December 1941. Europe had already been at war since September 1939. Fuel rationing started in the UK later that year and food rationing started in January 1940. The first food product to be rationed in American history was sugar (from May 1942 until 1947).

As Europe continued to be decimated and the future impact on America remained unknown, one smart man realised that it would be crucial to know what would happen if the war did not end soon and rationing turned to starvation. That man was Ancel Keys. He set about one of the most ambitious health experiments ever undertaken – to provide the definitive study of hunger and re-feeding. Keys achieved this goal and also, unintentionally, he provided one of the most crucial insights into dieting and weight loss to this day.

The Minnesota Starvation Experiment started with an advert, posted across America in May 1944. “Will you starve that they be better fed?” Two hundred conscientious objectors volunteered, as an alternative to war, and Keys and his team of researchers whittled these down to 36 men. The men (all aged 20-33) were chosen for their physical and mental resilience. The results, 1,385 pages in total, were published in The Biology of Human Starvation (1950) (Ref 1). Todd Tucker’s The Great Starvation Experiment (2006) is useful as a reflective accompaniment to the Keys’ report of 1950 (Ref 2).

The experiment was one year long and it was split into four phases:

-      The Control Period (12 weeks): The key goal of this period was to determine the calorie requirement for the men. It was established that the men maintained their weight at approximately 3,210 calories a day while walking 22 miles each week – an average of three miles a day (45-60 minutes walking).

-      The Starvation Period (24 weeks): The fact that the study was referred to as a “starvation experiment” is interesting, because the six-month ‘starvation’ was actually a calorie controlled diet of approximately 1,570 calories per day (more calories than many modern diets allow) with 45-60 minutes walking per day. The meals were made up of foods typically available in Europe during the latter stages of the war: potatoes, turnips, bread and macaroni – i.e. starchy carbohydrates. Keys set out to try to induce a 25% weight loss in each man in 24 weeks.

If we avoid dairy products in Phase 1, how is NLY OK?

What did red meat do to deserve this? 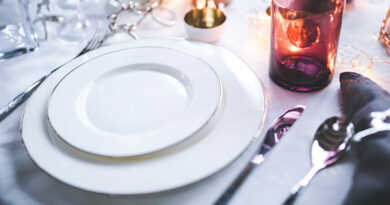