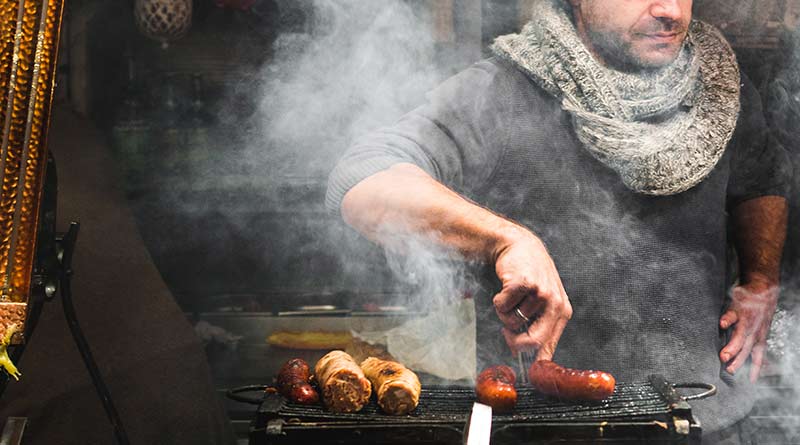 An amusing study was published on 28th February 2017.

The researcher, Tobias Otterbring, from the University of Denmark, had studied 530 people – 49% female – across 5 experiments. Otterbring set out to investigate whether “mate attraction” – defined in these experiments as “exposure to attractive opposite-sex individuals” – has a different effect on the foods and drinks that men and women prefer to consume.

The results revealed that:

What women did: Prior exposure to attractive (vs. less attractive) men decreased women’s likelihood of buying unhealthy foods and increased their inclination to spend money on healthy foods.

What men did: Prior exposure to attractive (vs. less attractive) women did not influence men’s preferences for healthy or unhealthy foods. However, it did seem to motivate men to spend more money on expensive drinking and dining options, as an indication of ‘trying to impress’ attractive women.

Otterbring reported that “Importantly, none of these effects occurred after exposure to attractive same-sex individuals, which provides converging evidence that mate attraction is the fundamental motive underlying these findings.”

The key conclusions reached were:

Does this mean that fast food outlets should hire unattractive male servers? Especially if they want women to spend money in there? Conversely should the finest restaurants have good looking female Maître D’s and waitresses to get men to empty their wallets?

Does drinking make us gain weight?

The Impact of Lockdowns

Roxy: The love of a dog