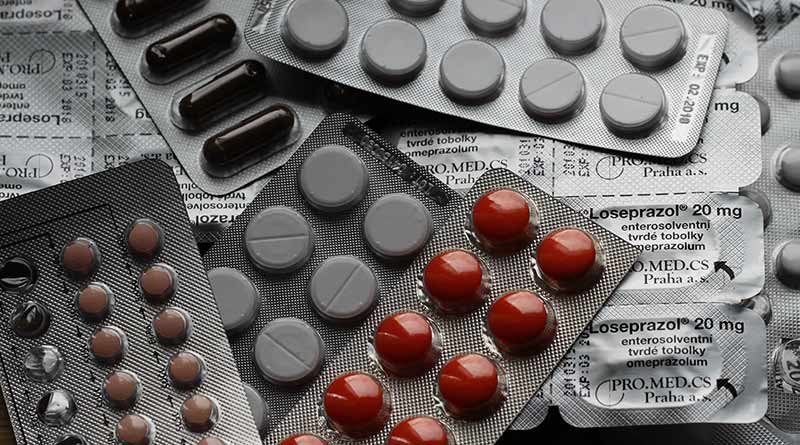 A couple of years ago, an active 60 something neighbour shared that she had been suffering chronic pain, but she had been prescribed something called amitriptyline and it was helping noticeably. I was curious, so I did what I always do when I hear of a drug and searched for the PIL (Patient Information Leaflet). I was surprised to discover that amitriptyline is a pretty heavy duty anti-depressant.

I hadn’t thought any more about this until a headline last week “Paracetamol kills feelings of pleasure as well as pain”. A comment from Professor Baldwin Way, one of the researchers, caught my eye: “People who took paracetamol didn’t feel the same highs or lows as did the people who took placebos.

If you’ve ever heard someone describe taking anti-depressants, they typically say: “things even out”; “you don’t get the lows, you don’t get the highs”. This study is, I believe, the first to show that one of the most common painkillers, taken by millions of people world-wide, may have a similar effect, albeit on a slight scale.

Only the abstract is openly available, but I’ve discovered more details about the study from rummaging around on line. Plus, I don’t want to dwell on the study too much – the connections between things in the title are more interesting.

The article covered two randomised controlled trials (the gold standard). The first involved 82 college students and the second 85. The students were randomly assigned to the intervention group or the control group. The intervention group were given 1,000mg of paracetamol (the maximum single dose); the control group were given an identical-looking placebo. They waited 60 minutes for the drug to take effect (it’s usually much quicker to provide pain relief in my experience).

In the first study, the 80 participants were then shown 40 photographs, used by researchers for their known ability to generate emotion. There were 10 extremely unpleasant photos (e.g. children in distress); 5 moderately unpleasant; 10 neutral images (e.g. cows in a field); 5 moderately pleasant and 10 extremely pleasant photos (e.g. children playing with cats). Participants rated each photo on a scale of -5 (extremely negative) to +5 (extremely positive).

The students were asked to view all 40 images again, in a different, random order, and asked to rate how much the photo made them feel an emotional reaction, from 0 (little or no emotion) to 10 (an extreme amount of emotion).

The second study involved the same images and the 85 participants were asked to evaluate the same two dimensions as in the first study: a) whether the photo was -5 (extremely negative) to +5 (extremely positive) and b) the emotional reaction they felt on a scale of 0 to 10. This second study added in a judgement of how much ‘blue’ they saw in each photo using an 11 point scale from 0 (the picture has no blue colour) to 10 (the picture is 100% blue). This was to test whether paracetamol affected broader judgements of abstract scale, not just of emotional content.

It is a reasonable conclusion, therefore, to say that paracetamol had an impact, albeit small, on both ends of the positive/negative; emotional/unemotional; pleasure/pain scale.

On an individual level, the implications of the paracetamol study are interesting, but not life changing. You may not want to take a paracetamol on your wedding day, or even before an event that you are looking forward to, as it may slightly dampen your enjoyment. However, assuming that you take a tablet because you are in pain, the pain relief is likely to outweigh the marginally lower emotion that you might feel after taking the tablet. Not many wedding days would be enjoyable with a blinding headache!

On a population level, this study could be a catalyst for more research into how certain drugs affect the mind and the body and it could lead to some developments that would help obesity…

We know that anti-depressants dull emotions. They even out the highs and the lows, but we don’t know the mechanism by which ‘they work’. For many people they don’t work and this dampening of extremes is seen as worse than the sadness/anxiety that may have led to the original prescription. Some forum posts describe lucidly how people felt like robots, felt like zombies, felt that they were existing/not living etc and how they could tolerate this no longer and stopped the Prozac (or other brand).

Prozac is called an SSRI – a Selective Serotonin Reuptake Inhibitor – and it is thought that this class of drugs works by blocking reuptake of serotonin (the ‘feel good’ hormone), making more available to the nerve cells and making us feel better. However, we don’t know this and medical web sites will use the precise words “It is thought that SSRI’s work by…” to confirm the fact that we don’t know precisely what anti-depressants are doing.

Knowing that drugs for body pain and drugs for mind pain are having a similar emotion ‘dulling’ effect could lead to greater understanding about the precise mechanism by which both are affecting humans.

The most interesting aspect of anti-depressants, and other mind drugs, for me is the impact that they have on weight. We have no evidence that paracetamol impacts weight. However we do have a lot of evidence that anti-depressants can have a substantial impact on weight and the most powerful versions of mind drugs are more commonly being used as body pain killers – back to my neighbour on amitriptyline.

We had a case in our on-line club recently where a young woman suffered a near fatal car crash and was in excruciating, chronic pain. She was put on a cocktail of pain killers including amitriptyline and pregabalin, the latter being a drug designed to treat epilepsy and general anxiety disorder. She wondered why she had gained several kilos almost overnight and, as soon as I saw the word epilepsy I knew we had a culprit.

Having studied the impact of medications on weight gain (The Obesity Epidemic: Chapter 3) I know that the most significant weight impact drugs were the ones used to treat schizophrenia and epilepsy. The patient leaflets invariably list common side effects as increased appetite and weight gain. An excellent review of all literature related to drugs and weight gain was undertaken by Mike Lean and colleagues in 2007 (Ref 1). They found that the largest weight gain documented in a systematic review of anti-psychotic drugs (as this category is called) was 7.1 kilograms in 12 weeks. Drugs such as amitriptyline recorded a mean weight gain of 3.7 kilograms at 12 weeks.

It is often left to forums to help people to understand why they suddenly gained substantial weight. If someone is prescribed these types of drugs for depression, it is highly likely that substantial weight gain is going to make them feel even more depressed. If someone is prescribed these for pain, they may have had no idea (like my neighbour) that they were, in fact, taking an anti-depressant, let alone a very powerful anti-depressant, let alone a known weight-gain- inducing drug.

We know that drugs (like paracetamol) can reduce body pain. We now know that they can reduce emotional extremes. We have no evidence that paracetamol kinds of drugs cause weight gain. There are needs for stronger pain killers than paracetamol and stronger mind drugs than SSRIs, but we need to better understand drug mechanisms to design some that work without the accompanying weight gain. There’s no point helping one problem to create another.

‘Fitbits’ won’t make you slim, but nor will low-cal diets

Do sugary drinks cause menstruation to start earlier?

Is being vegetarian protected in employment law?