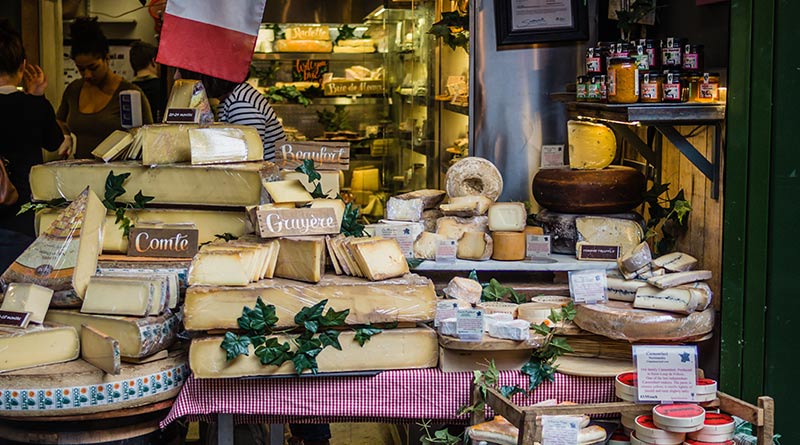 Dairy - to eat it or not to eat it, that's the question

I can’t think why I haven’t done a whole feature on dairy before. It is the one food group that continually comes up in queries – should we eat it? Shouldn’t we eat it? Is it good for us? Bad for us? Let’s have a really good look at this topic covering the history of dairy produce, the nutrition it provides, the views on dairy in the low carbohydrate community and why it proves to be a grey area with The Harcombe Diet. History of Dairy Foods Australopithecus Lucy is believed to be the first upright ape/human – dating back approximately 3,500,000 years. I always find it useful to put any food in that historical context to illustrate how natural or new a particular substance is to the human body. One of the final pages in The Obesity Epidemic: What caused it? How can we stop it? has the following quote as something I often say in interviews: “If we have been eating real food for 24 hours, agriculture gave us large scale access to carbohydrates four minutes ago and sugar consumption has increased twenty fold in the past five seconds. I wonder which food is more likely to be responsible for the obesity epidemic or any modern disease...” Agriculture started to develop approximately 10,000 years ago, which is four minutes ago on the 24 hour scale – absolutely tiny in terms of evolution. With agriculture not only came access to carbohydrates, but access to milk and dairy products. However, it must be noted that early agriculture was nothing like the mass production process that it is today. Modern agriculture would fall into the “past five seconds” (i.e. 200 years) category rather than the “four minutes” (10,000 years) time period. There are historical references to animals called “aurochs”, believed to be the wild ancestors of modern cows. These lived over large areas of Asia, Europe and North Africa and were documented to have been domesticated approximately 8,000 to 10,000 years ago. With domestication came access to milk – but only as naturally produced by each animal. However, there is little evidence that humans consumed any milk available and the animals may have been domesticated for them to bear and feed offspring and for the delicate balance between animals kept and animals killed, for human food, maintained by each settlement. Two 2007 TV programmes suggested that British and North European farmers may have been among the first to milk cattle for human consumption.(i) Scientists reached this conclusion following analysis of remnant fats on excavated earthenware, which seems quite persuasive. Any milk available would have been limited by the natural production cycle of each animal and subject to the caveat of allowing the animal to feed their offspring to maintain the community’s herd. The BBC Programme claimed that humans acquired the ability to digest milk sometime between 5000-4000 BC. This I find less plausible, as we know that humans still lack the enzyme necessary to digest lactose beyond the age of about two. Only toddlers are naturally able to break down milk, as a food structure. This is obviously a critical tool for a baby and infant, as breast milk should ideally be the only food consumed until about the age of two. Having said that humans lack the enzyme necessary to digest milk beyond the age of two, many children, teenagers and adults are still able to tolerate milk and dairy products. This is probably dictated more by genes, natural immunity and luck than anything else. The genetic element is clearly crucial because it is estimated that 5% of adults in the UK are lactose intolerant (i.e. clearly unable to tolerate lactose) vs. approximately 50-80% of people of Hispanic, South Indian, black or Ashkenazi Jewish ethnicity vs. almost 100% of people of American Indian or Asian ethnicity.(ii) This data was from the NHS and you’ll know that I challenge most public health information. However, an American document, with original sources, contains very similar figures, which is reassuring: “An estimated 30 million to 50 million American adults are lactose intolerant. The pattern of primary lactose intolerance appears to have a genetic component, and specific populations show high levels of intolerance, including approximately: 95 percent of Asians, 60 percent to 80 percent of African Americans and Ashkenazi Jews, 80 percent to 100 percent of American Indians, and 50 percent to 80 percent of Hispanics. Lactose intolerance is least common among people of northern European origin, who have a lactose intolerance prevalence of only about 2 percent.”(iii) I was stunned to discover these statistics while researching for this article. I had no idea that the Asian lactose intolerance incidence was so high. Our first club learning therefore is that our average British club member with British heritage should be OK with lactose and our average Asian club member or member of Asian heritage is almost certainly NOT going to be OK with milk, lactose and dairy products. The other ethnic groups mentioned are more likely to be NOT OK with milk, dairy and lactose than they are OK with it. With the population of America over 300 million, the estimate of 30 to 50 million people with lactose intolerance suggests that 10-15% of the American population will NOT be able to tolerate milk, lactose and dairy. However, the ethnic element will need to be taken into account and an Asian, Hispanic, African, Ahskenazi Jewish heritage American will have far greater likelihood of being in this 10-15% of Americans. White Americans or Irish Americans, as an example, should be in the safe camp – along with most non-Hispanic Europeans.

Is it too late to start drinking milk for calcium?

Where does stored fat go on The Harcombe Diet?

How does stored fat disappear on The Harcombe Diet?

How to eat to avoid osteoporosis